Theory of Incarnation:
-Jesus Christ was absolutely predestined for grace and glory in His Incarnation quite apart from any question of sin. The elect (men and angels) were chosen and predestined in Him by an eternal decree. And this before the universe had been created.

Supporters of this:
-St. Maximus the Confessor: Christ was always destined to come
-St. Francis De Sales: The primary reason for the Incarnation is that God might communicate Himself outside Himself. Communication of God ad extra. From all eternity, God saw that the most excellent way to do this was to unite Himself to some created nature. The Incarnation is the ultimate self-communication of God to man. Therefore God willed it for His sake, to pour Himself out into creation.
-St. Albert the Great: In his Sentences, he says that Christ would have come, despite sin.

-He seeks to see the created world form God’s point of view. And God, he would hold, does not subordinate His eternal decrees to man’s temporal situation. God rather in His goodness, freely wills to create the universe according to a fixed plan.

The key note to Soctus’ system is the word "predestination"
Note the distinction again from a Calvinist predestination:
God has a fixed plan for creation, but man is still free.
For Scotus, the origin of all creation rests on predestination.
Scotus defines Predestination as "An act of divine will which destines (chooses or elects) an intellectual creature to grace and glory."

Predestination is characterized by 2 activities:
1) eternal: the eternal act outside of time. This refers to the intention of God for all eternity.
This specifically refers to the activity of "determining the end." Meaning determining the goal or purpose or final cause of all of God’s activity outside of Himself.
2) Temporal: " The Execution of His foreseen plan in time."
This means the gradual realization of His eternal plan in time.

-Therefore, we have a single plan of predestination with 2 activities that bring it about.
Intention and execution.
The intention which God freely chooses from eternity always precedes the execution of His intention in time.

The example used by Scotists is that of a sculptor:
First the artist sees in his mind a life-size wooden statue (say, of Sacred Heart of Jesus) and he wants to carve this wooden statue.
-The first thing he does is have an intention to carve the statue.
-Now to execute that intention, he obtains a large chunk of wood.
-He brings it to a studio and begins to carve.

-What we can see in this process is that the intention is first and the execution is second, and in a certain sense we can say that the execution (the chunk of wood) is less perfect compared to what the final statue would be (the more perfect). But the sculptor throughout the process sees the Sacred Heart of Jesus in that wood. That intention is what moves the execution of the plan along. So in the sculptors activity of intention, the perfect is willed and is seen first. Whereas, in the activity of execution, he begins with the less perfect and gradually moves to the perfect.

Applying this to subject of primacy of Christ:
-God is the divine artist. The first thing he does is wills and predestines the Most sacred Heart of Jesus to the maximum grace and glory as possible. This maximum grace in glory is by virtue of the personal union that the human heart of Jesus will have with the eternal Word in the Incarnation. This happens through the hypostatic union. Now through the activity of the intention God wills the end of all creation; The goal and height of all creation: Jesus Christ.
To get to this goal of all creation, God sets his plan in motion (the execution), with the creation of the universe. God moves from the lesser perfect to the most perfect realization of his eternal decree. (Chunk of wood to the actual statue). That’s why he starts with creation. The most perfect of his eternal decree is the grace and glory of Jesus Christ. (Scotus says that Scripture supports this. Jesus is the high point of creation.) Thus the Sacred Heart of Jesus is the first created being willed by God and was done so for all eternity and the Sacred Heart is predestined to the height of Glory. The Sacred Heart is the goal of all creation. What God seeks to realize in the fullness of time (Gal 4:4). So this eternal intention of God and the temporal execution towards this end, is what is fixed by predestination.
Secondly, all other rational creatures are predestined in, thru, and for Jesus Christ.

The predestination is the positive act of the divine will which destines a rational creature to grace and glory. This refers first to Jesus Christ in his humanity, and also to all the saints and angels.

For Scotus predestination is absolute, not relative, meaning that it is not relative to any created need or circumstance. Rather it is based on God’s own intrinsic goodness and moving creatures to himself for the optimum grace and glory.

Christ was willed (Incarnation) before the foundation of the world. Jesus is first of all willed for His own sake and not first for man’s sake. In fact, men and angels are created for Him and He for God. Jesus could not be predestined to grace and glory on account of sin....even though he will conquer sin in his mercy. Thus the Incarnation is the supreme work of God ad extra (outside of Himself) and it is not occasioned by sin. This predestination of Christ, of men, and of angels is one simultaneous act. So God destines all of the elect to grace and glory in Jesus Christ.

To Sum up:
In Scotus’s Ordinatio he says:
1) God predestines Christ (in His humanity), saints and angels to glory before any foreseen sin.
2) Predestination is absolute in the intention of God and not based on future needs or sins of creatures.
3) Thirdly that Christ’s absolute predestination could not be "occasioned by sin" or even for the sake of men and angels.
a) After willing the Trinity, the first thing that God wills is the humanity of Jesus.
b) You don’t predestine the height of created glory based on the fall of an inferior creature.

Consequently, this is the view I hold. It also has implications for the Blessed Virgin as well, which I will post on at a later time.

In the meantime,
Tom over at Disputations presents St. Thomas' view on the subject. As you can see, Thomas didn't hold his position to be a matter of life and death. Make sure you check out the discussion in the combox. You will find that Fr. Maximilian Mary Dean, F.I. has joined the discussion. Note what he says, for he wrote the book on this subject......literally! It's called A Primer On the Absolute Primacy Of Christ. 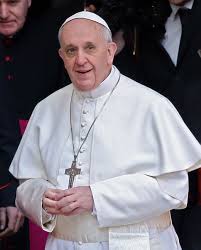 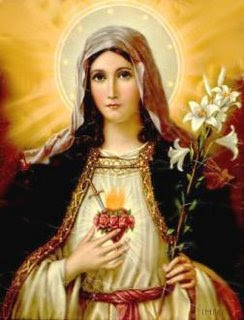